February 2022: News from your cooperative

Per Tennessee statute, the state’s standard license plate is redesigned every eight years, assuming that the General Assembly approves funds to do so in its annual budget. The last plate was launched in 2006 with modifications in 2011, 2016 and 2017.

Last year, Tennessee Gov. Bill Lee announced that the state would redesign the standard license plate to celebrate our 225th year of statehood. Residents were invited to vote on their favorite design, and more than 300,000 votes were cast. The winning design, which received 42 percent of the vote, was announced in October and made available last month. You may have seen some of the new plates on cars in your community.

While most motorists use the standard plates, it may surprise you to learn that there are more than 175 specialty plates also available in Tennessee. These plates allow you to show your pride in a school, sports team or career; honor one’s military service; or support a cause that matters to you. It costs a little more to get a specialty plate, but the state returns a portion of that extra money to the cause, school or foundation responsible for the plate.

In 2019, Tennessee’s electric cooperatives worked with state lawmakers to introduce a specialty license plate to honor the important work that electric lineworkers do each day. These Powering Tennessee license plates have been available for just over two years, and 4,000 motorists have opted for the tags. Unlike some specialty plates, you don’t have to be a lineworker — or even work at a utility— to get a Powering Tennessee plate. Any Tennessee motorist can request one.

Money raised through the sale of the Powering Tennessee specialty plates goes to the Tennessee Lineworker Lifeline Fund, a nonprofit foundation established to support lineworkers and their families in the event of a serious injury or fatality while on the job. More than $100,000 has already been raised to support this important effort.

Tennessee motorists have lots of options when it comes to license plates: the newly redesigned standard plate or one of the specialty plates. The next time you renew your plate, I encourage you to join me in supporting Tennessee’s electric lineworkers with a Powering Tennessee license plate. You can learn more about the plate or how to order your own at poweringtennessee.org. 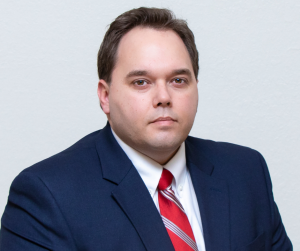