If you or someone you know is having trouble paying their energy bills, the Low Income Home Energy Assistance Program (LIHEAP) may be able to help. This federally-funded program helps eligible households pay for home energy bills. Learn more and find out where to apply at energyright.com/residential/energy-assistance.

Powell Valley Electric Cooperative has implemented Tier 1 of its Pandemic Response Plan.  As this situation develops, it may become necessary to increase PVEC’s level of response. Updates will be provided on PVEC’s website (pve.coop) and Facebook.  PVEC is committed to serve its membership and we appreciate your understanding and patience during this uncertain time.

Tier 1 of the Pandemic Response Plan

In appreciation of Powell Valley Electric Cooperative and the hard work of the employees, Rodney and James England of Woodlake Lodge, Golf and Country Club, recently provided breakfast for PVEC employees.

“We are very proud of the hard work that our employees do on a daily basis,” says Randell Meyers, General Manager/CEO of Powell Valley Electric.  “We truly appreciate this act of kindness shown to our employees.”

Mr. Rodney England expressed his sincere gratitude and appreciation for the dedication of PVEC employees who work hard every day to keep our community in power.  He presented a plaque during the breakfast and read the inscription on the plaque: “We acknowledge the unwavering endurance of wind, rain, sleet, cold and darkness exhibited by the members of the PVEC in order to provide comfort to those they serve.  We therefore express our sincerely offered admiration and appreciation for your dedication and perseverance in this endeavor.”

Powell Valley Electric Cooperative is a consumer-owned, not-for-profit electric utility that provides safe, reliable and affordable energy to more than 32,000 meters in Scott, Lee and Wise counties in Virginia and Claiborne, Hancock, Hawkins, Grainger and Union counties in Tennessee. To learn more about Powell Valley Electric Cooperative visit our website at pve.coop or like us on Facebook. 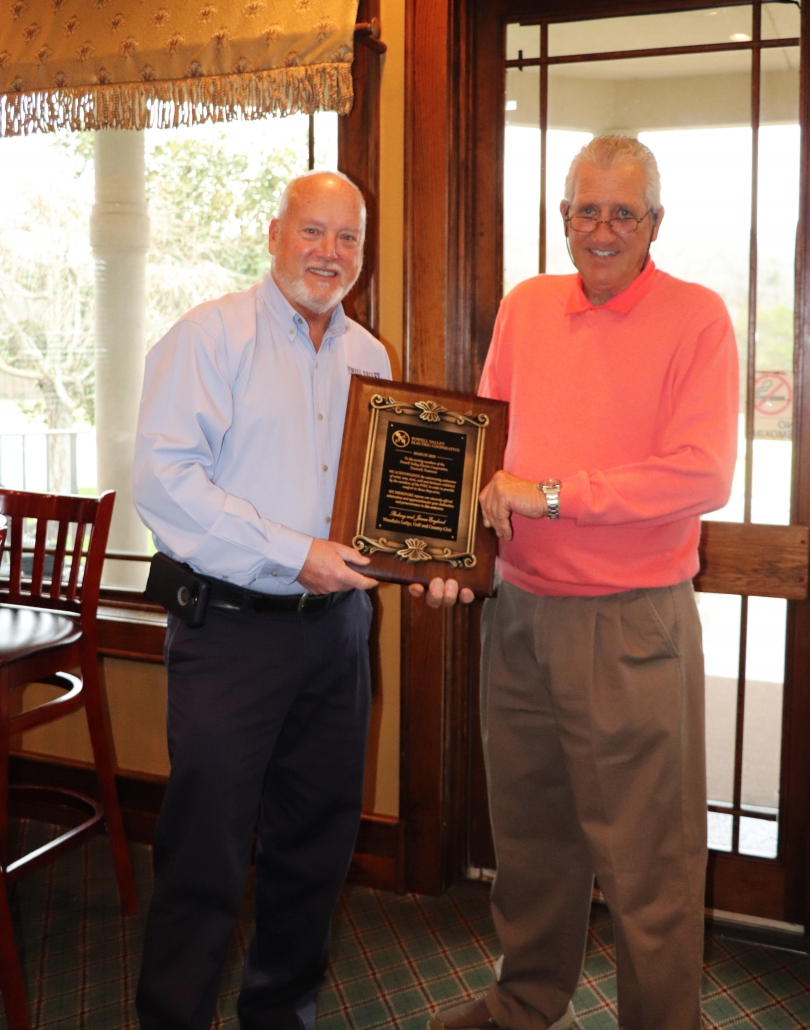 Tennessee State Electrical Permits may now be purchased online or at a Powell Valley Electric Cooperative office. To purchase electrical permits online visit core.tn.gov. A first time user will need to create an account. This account will be used to purchase a permit, print a permit or to request an inspection. You will need to know the electrical permit number to schedule an inspection or to purchase additional permits for the same location.

Steps for using the online system:
1. Visit core.tn.gov.
2. On the left side of the screen under “New User”, select “Register a new account.”
3. To purchase a permit:
• Select “Apply for a New Type of License, Permit or Registration.”
• Then select “Permits – Electrical and Residential.”
• Choose the application for the permit you wish to purchase.
• Follow the steps to complete the application.
• Submit payment.

The Electrical Inspector for Claiborne, Hancock, Union, Grainger, and Hawkins counties is Eric Ramsey. His office hours are 8:00 a.m. to 9:00 a.m. on Monday, Wednesday, and Thursday. To speak to the inspector call (423) 626-0724 during his office hours or leave a message on his voicemail at any time and he will return your call.
Please do not hesitate to contact your local PVEC office or the Permits and Licensing team at (615) 741-7170 or by email at SFMO.permits-licensing@tn.gov if you have any questions.

The annual event, sponsored by Powell Valley Electric Cooperative and the Tennessee Electric Cooperative Association, provides young leaders with an opportunity to explore the nation’s capital, learn about government and cooperatives and develop their leadership skills. Students were selected for the trip by writing short stories titled “Electric Cooperatives – Connecting Communities” that explain how co-ops provide communities with much more than electric power.

“The Youth Tour is a unique opportunity for these young people to experience history and public policy upclose and personal,” says Randell Meyers, general manager for Powell Valley Electric Cooperative. “Tour delegates experience an exciting week visiting museums, monuments and other landmarks and learning about leadership, history and government.”
“We take great pride in recognizing the best and brightest from across Tennessee,” said Todd Blocker, vice president of member relations for the Tennessee Electric Cooperative Association and tour director. “By honoring their accomplishments through programs like the Washington Youth Tour, we show these future leaders that their co-op cares about the future. We want these young people to come home with a better understanding of their nation and new passion to serve their community.”

While in Washington, D.C., Tennessee’s Youth Tour delegates saw the White House and memorials to past presidents Thomas Jefferson, Abraham Lincoln and Franklin Delano Roosevelt as well as monuments honoring the sacrifices of veterans of World War II and the Vietnam and Korean Wars. During visits to the museums of the Smithsonian Institution, the touring Tennesseans saw and experienced natural, historical and artistic treasures. Other fun stops included historic homes of former presidents — George Washington’s Mount Vernon and Jefferson’s Monticello — as well as Ford’s Theater and a boat cruise down the Potomac River. The group also paid a solemn and sobering visit to Arlington National Cemetery where the delegates laid a wreath at the Tomb of the Unknowns.

For many, the highlight of the trip was hearing from Holocaust survivor Ms. Esther Starobin at the United States Holocaust Memorial Museum. Her advice to the delegates was, “Don’t be a bystander in this world. You have to know history and pay attention to it. Get involved and learn as much as you can with more than a single viewpoint.”
The group was welcomed to the U.S. Capitol by Sens. Lamar Alexander and Marsha Blackburn and members of the Tennessee congressional delegation who posed for photos and answered questions.